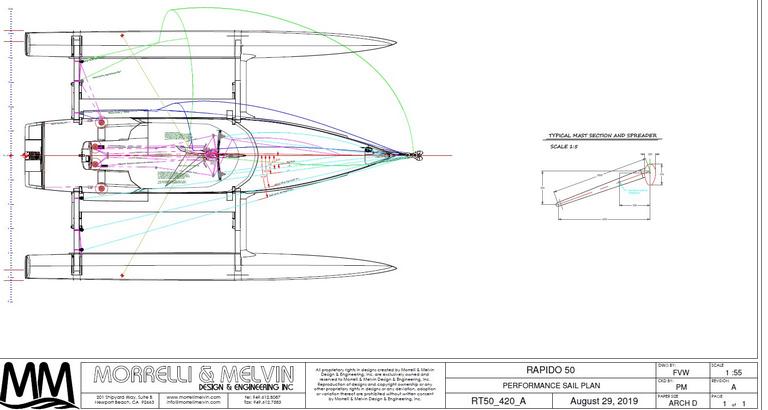 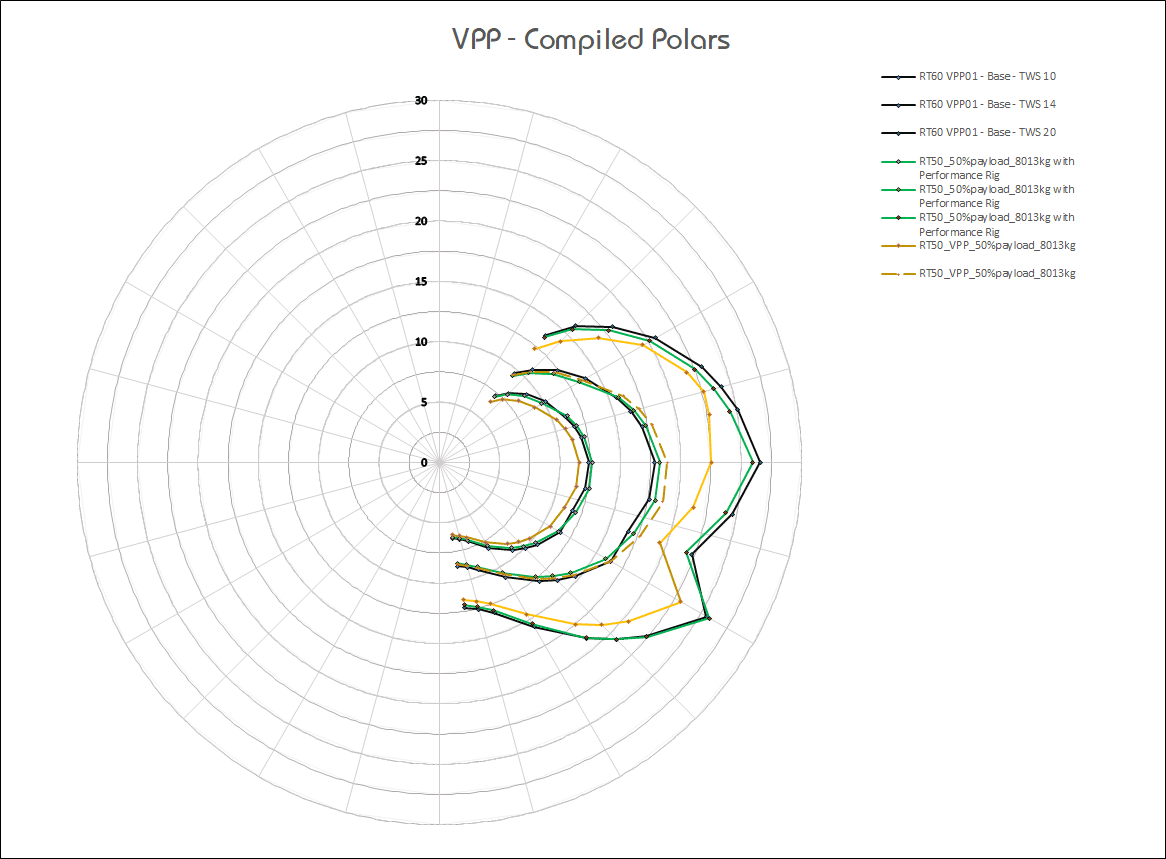 Every exceptional product needs a source of inspiration. For the all-new Rapido 50, that source has been the Rapido 60 which has proven herself to be an exceptional trimaran for:

Critically, the Rapido 60’s DNA can be found throughout the Rapido 50.

The Rapido 50 sets a new standard in the market place. It’s lighter, faster and easier and safer to handle with self-tacking jib, roller furler head sails and spreaderless mast.  With better weight distribution with heavy items (eg engine) in the middle of the boat and a high tech, infused carbon foam sandwich construction with beams, daggerboards, ruddercase and blade made from prepreg carbon and cured in autoclave.

And of course, folding floats (reduced fees for marina, hard stand and shipping)

When the idea to make the Rapido 50 a folding trimaran was first suggested – yes, that’s right, a 50′ trimaran that folds! – our initial reaction was, “ARE YOU CRAZY??”.

But after consulting with Pete Melvin from our designers, Morelli & Melvin, we thought, “Why not!”. After all, our management team has built more folding trimarans than anyone else in the world and if anyone understands the challenges and how to do it right, we do!

The Rapido folding system is winch-assisted to take away, what some people say, the “back-breaking » strength required on bigger boats with other systems.