* Note: The design is for an ocean-going boat, built to CE Category A standards. 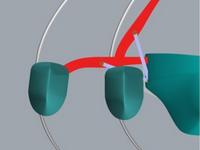 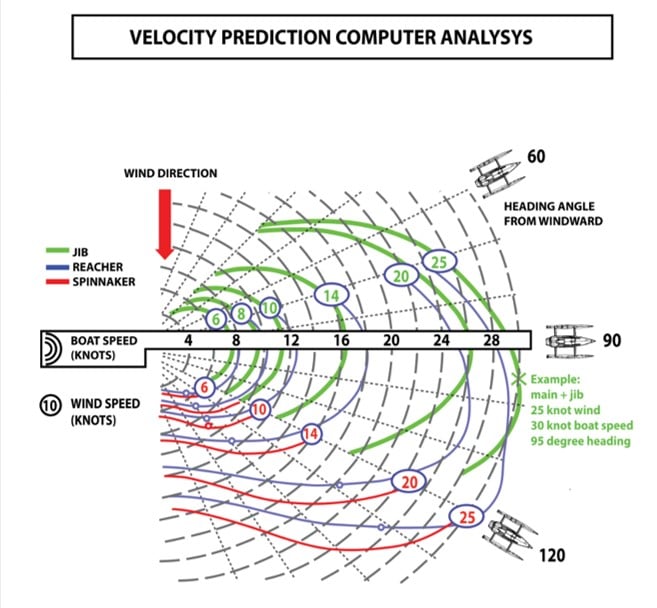 For Sailors. The Rapido 40 has the same DNA as the Rapido 60 – but only requires a single berth in a marina. And, thanks to our new, patented, folding mechanism, the floats (amas) can be folded without barnacles growing on the sides.

The twin “C” foils will give the Rapido 40 a massive performance boost both upwind and downwind and by eliminating the need for a central daggerboard, the interior space has increased with the added benefit of 360 degree visibility. (In the diagram above, note the “T » rudder foil in the “down » position.)

For normal day sailing or cruising, both C foils can be in the “down » position or one raised without adding material drag.

ADVANTAGES OF THE RAPIDO 40

Customers always have options in the market. We believe the Rapido 40 will capture the interest of this segment for the following reasons:

We believe the Rapido 40 very clearly sets itself apart from other offerings in the market in terms of both performance and value. 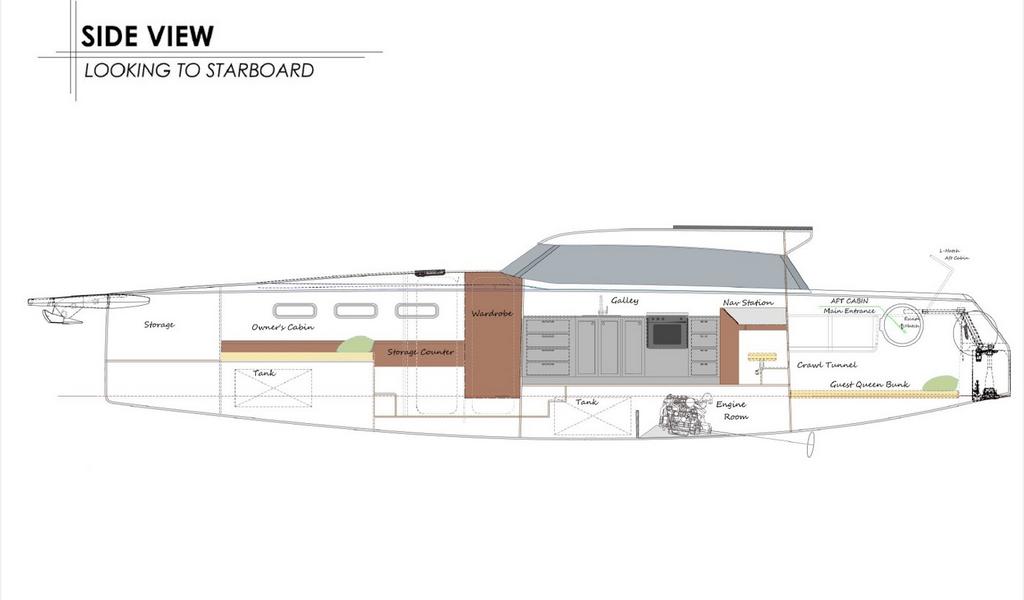 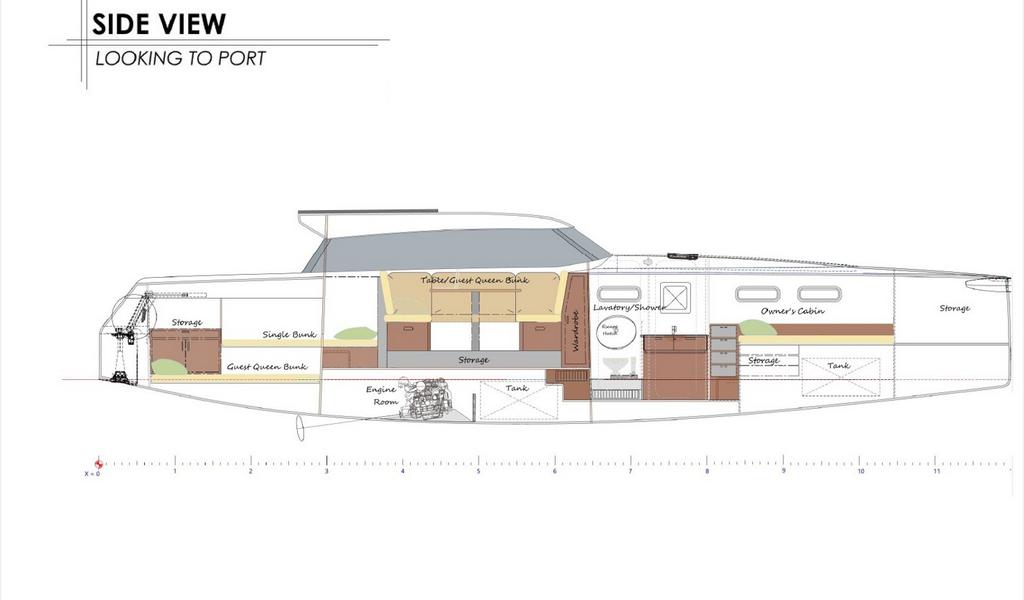